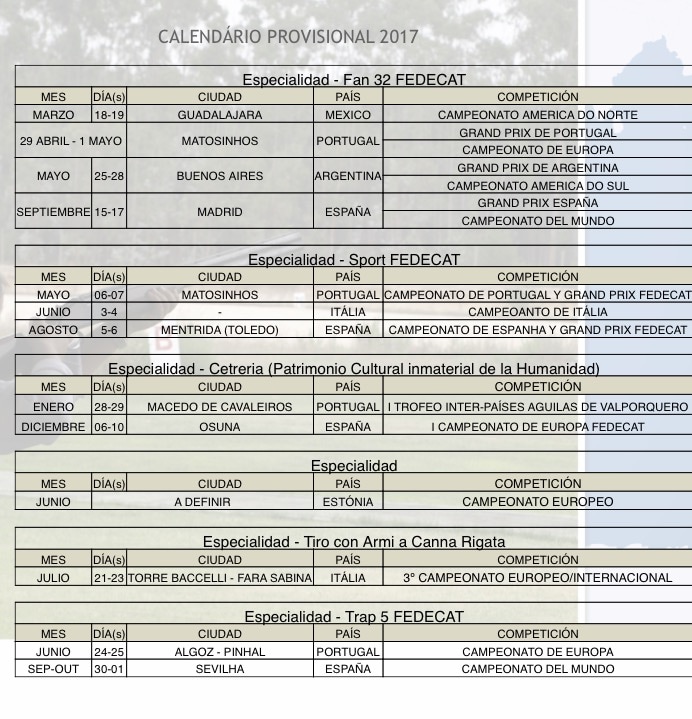 The world body CM FEDECAT (Spain) is responsible for publishing the competition dates.
If any changes are made we will notify you on our website and social media sites.