If you are interested in being selected as a member of our GBR teams at any or all International Events held under the jurisdiction of CM FEDECAT please see the below information regarding our GBR athlete eligibility (Adopted 2014).

1) Must be a fully paid-up, current competition member of Fedecat UK.

2) Must comply with at least one of the following criteria:

3) Will have of a level of fitness and health to be able to compete competitively as determined by the Fedecat UK selectors.

4) Have no outstanding or existing doping offences.

Only Fedecat-UK have the right to add to or amend these rules. 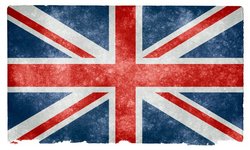 This is a totally new way of looking at GBR team selection.

It will not be necessary to attend selection shoots in the UK, involving great expense to the shooter or result in an out of date selection criteria.
2019 Selection Procedure for the two types of GBR teams for disciplines of Fan 32 and Trap.
1) The Match of Nations Teams (which consist of 3 people in the men's team and 3 people in the Women's team).
2) The Mixed Team (which consists of 1 man and 1 woman per team). Each country can enter a maximum of 2 mixed teams only (in our case they will be GBR 1 and GBR 2).

This is a competition Federation and we want to select people for the team places who can perform under pressure of competition. All shooters who are selected to represent GBR in the team events will receive their badge from Fedecat-UK.

Important Selection Note
If at the designated time for the selection shoot at any championships only four or fewer eligible members are present for selection, then no selection shoot will be held. However, in this event there will be a discretion for the Fedecat UK representative present to follow the following guidelines.
Fedecat-UK reserve the right to review the selection procedure each year and make any changes deemed necessary.

Dress code for Opening or Closing Ceremonies, Podium and Competition.

It is expected that all British shooters coming out to shoot in the CM FEDECAT international events as members of Fedecat-UK will be proud to be representing GBR either individually or in our teams, and will already know and observe the normal dress codes expected.
When appearing on the podium and at Opening or Closing ceremonies please make sure you are dressed smartly. The bare minimum is polo shirt and trousers (chinos or jeans). For those who have them, the GBR Blazer uniforms or GBR tracksuits can also be worn.
​Any British shooter is allowed to wear the GBR branded Fedecat-UK clothing (see below).
When shooting please make sure that you are dressed appropriately. Smart casual is normally acceptable at most of the private clubs where we compete.
Smart Jeans, Chinos, Trousers, Polo shirts, T Shirts without offensive slogans, and casual shirts are all acceptable.

You cannot wear any of the following clothing:
Shorts of any kind, half leggings, open toe sandals, flip flops and sleeveless shirts.
Please be warned that these are the rules of the private clubs that hold the Fan 32 championships. If you arrive in any of the above you will be told to change before being allowed to shoot. If you have no change of clothing with you, then you will have to return to your hotel to change. If you miss your start time only you are responsible.

Who is classed as being in the GBR squad?

​All British shooters who attend the CM FEDECAT INTERNATIONAL CHAMPIONSHIPS are classed as representing GBR when they register for the competition. GBR is the generic recognition code for shooters from Great Britain. Therefore all of our shooters are considered a part of our GBR squad.
We are an inclusive Federation free of elitist attitudes and therefore all those representing GBR are free to walk behind the British Flag in any opening ceremony, should they choose to do so and providing they observe the dress code.
​
Fedecat-UK GBR Team Members are the only people able to wear the Team Wire Blazer Badge and Embroidered Skeet Vest Badge. These honours are only ever awarded to shooters who after finishing the selection shoot in the top 3 places, go on to represent GBR in the Team of Nations held at each ECH and WCH. 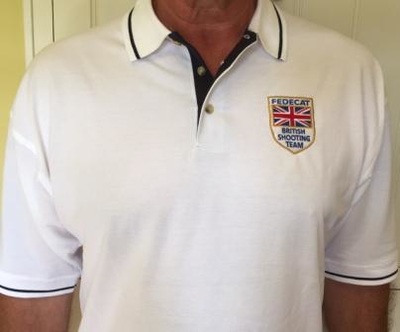 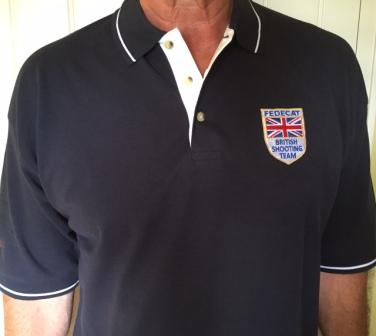 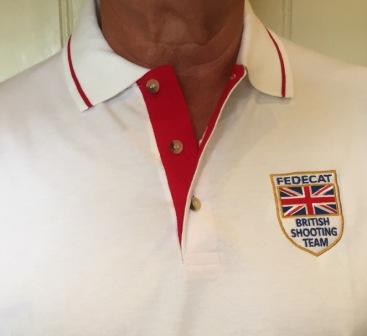 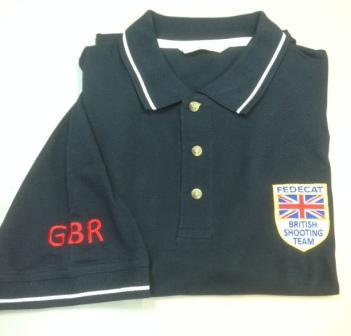 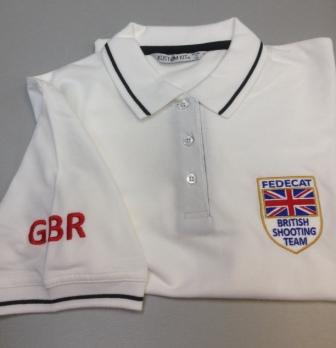 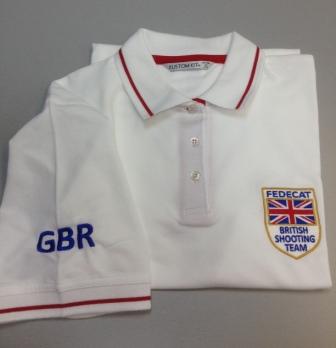 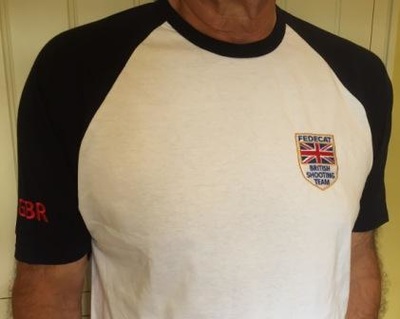 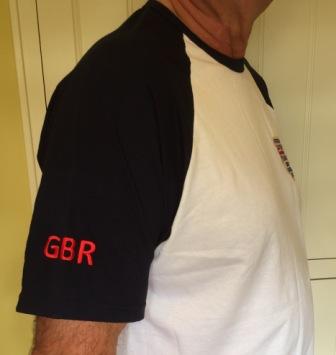 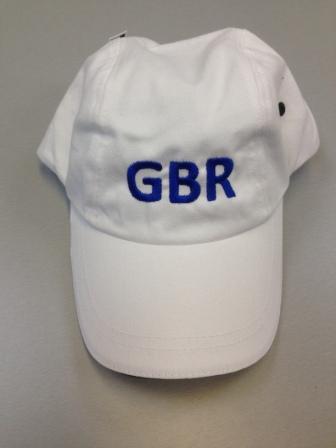 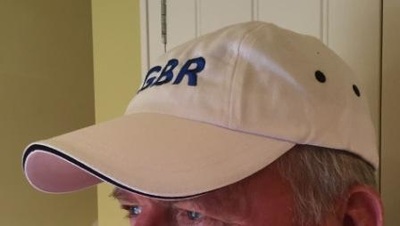 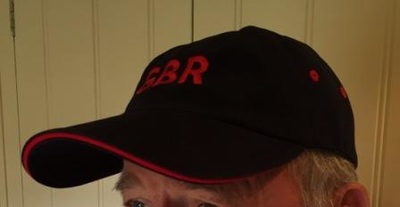 In all International competitions, a tax is paid by all shooters to the World Federation, at the time of inscription into the event.
Q. Will I be able to enter international competitions staged by other world federations like ICTSF, ISSF, NASSA, World Service Games, if i am a member of Fedecat-UK?
A. Firstly you would have to become a member of those federations should you wish to enter their competitions as they are autonomous organisations with their own membership.
Secondly, Fedecat-UK is totally happy for its members to also be members of other world federations and enter their competitions. We want shooters to be free to enjoy all the shooting disciplines available on the various international world circuits and to be able to freely choose the disciplines that they would like to follow.
However we cannot speak for other federations and we cannot say how they will treat their members or how they will respect or value their members freedom. If you feel you may be discriminated against by any other world federation, we suggest that you contact that world federation to clarify their position, so that you can make up your own mind.​
Note - We have absolutely no interest in a private company called Fitasc based in Paris. We have been aware of their well documented threatening attitude towards various great shooters of the world from several different countries, who, since 2014 have no longer wanted to enter their competitions.
Fedecat UK is an honourable sports federation and we do not agree with this embarrassing and unsporting behaviour by this private company. So please do not ask us about this private company. We are absolutely not interested.